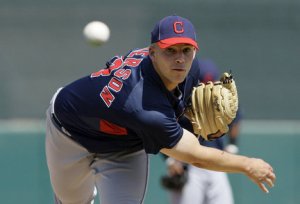 While rationalizations over the firing of Rob Chudzinsky and the Browns’ ensuing head-coach search engross us here at the Corner of Carnegie and Ontario, a relatively quiet hot-stove league is finally set to give way to the sights and sounds of a new and fresh baseball season. In less than a month, 27 days to be exact, pitchers and catchers report to Goodyear, Arizona signaling the start of the 2014 baseball season.

For most readers of my column, the Browns escapades and the Cavaliers year-to-year folly are mere placeholders for the crack-of-the-bat, the pop of the glove and all of the optimism that comes with the start of every year. The Cleveland Indians won 92 games last season and tasted the playoffs for the first time since 2007. With the major pieces seemingly set, it’s time to start figuring out what is to be expected of the 2014 Indians.

Can this club match the blossoming expectations that are now in place, or is the bar set far too high thanks to an unexpected September run? Regardless of what you believe, the 2014 Indians are set to give the North Coast one thing that neither the Browns nor the Cavs can. END_OF_DOCUMENT_TOKEN_TO_BE_REPLACED