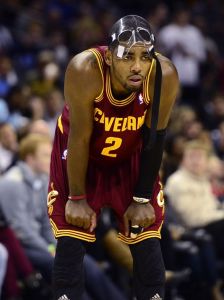 No, I’m not saying that’s the defining statement for the wine and gold for the 2013-2014 season, but it certainly is true for the first ten games of the seasons for a team that is looking to make a major move this year. Last season, after ten games, the Cavaliers stood at 2-8. This season, they are 3-7.

So I guess there’s that.

The Cavaliers play the Wizards tonight against the Washington Wizards, then have three days off before their game against the Wizards on Wednesday. Perhaps the team can shake itself out a bit in the meantime, because right now…